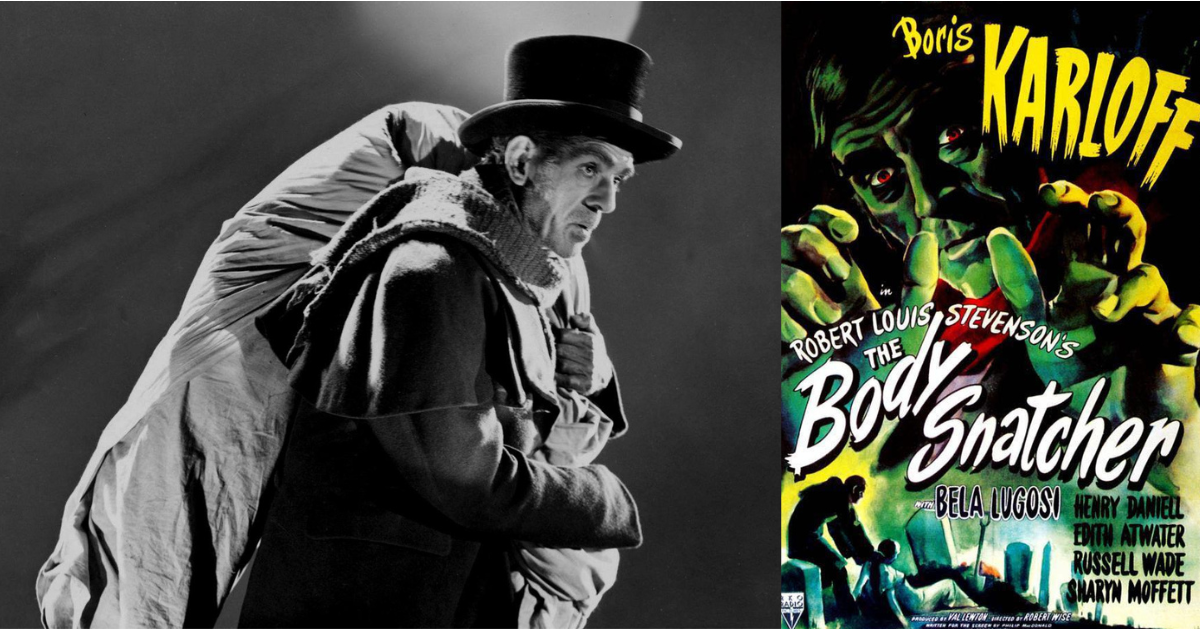 From the pages of the masters of horror and suspense comes a film series to die for presented by Doug Swiszcz, the library's resident film buff. This four-part film lecture series will take place every Wednesday in October at 1 pm and each film will be preceded by a short film lecture by Doug. Be afraid... be very afraid.

In 19th-century Edinburgh, a brilliant surgeon who needs cadavers for anatomical research must rely on a graverobber (Boris Karloff) to supply dead bodies. But are these specimens actually from the graveyard? With Henry Daniell, Bela Lugosi. Based on Robert Louis Stevenson’s short story, which was in turn based on a grisly real-life case that scandalized Scotland in the early 1800s.

Free and open to all. Registration recommended.