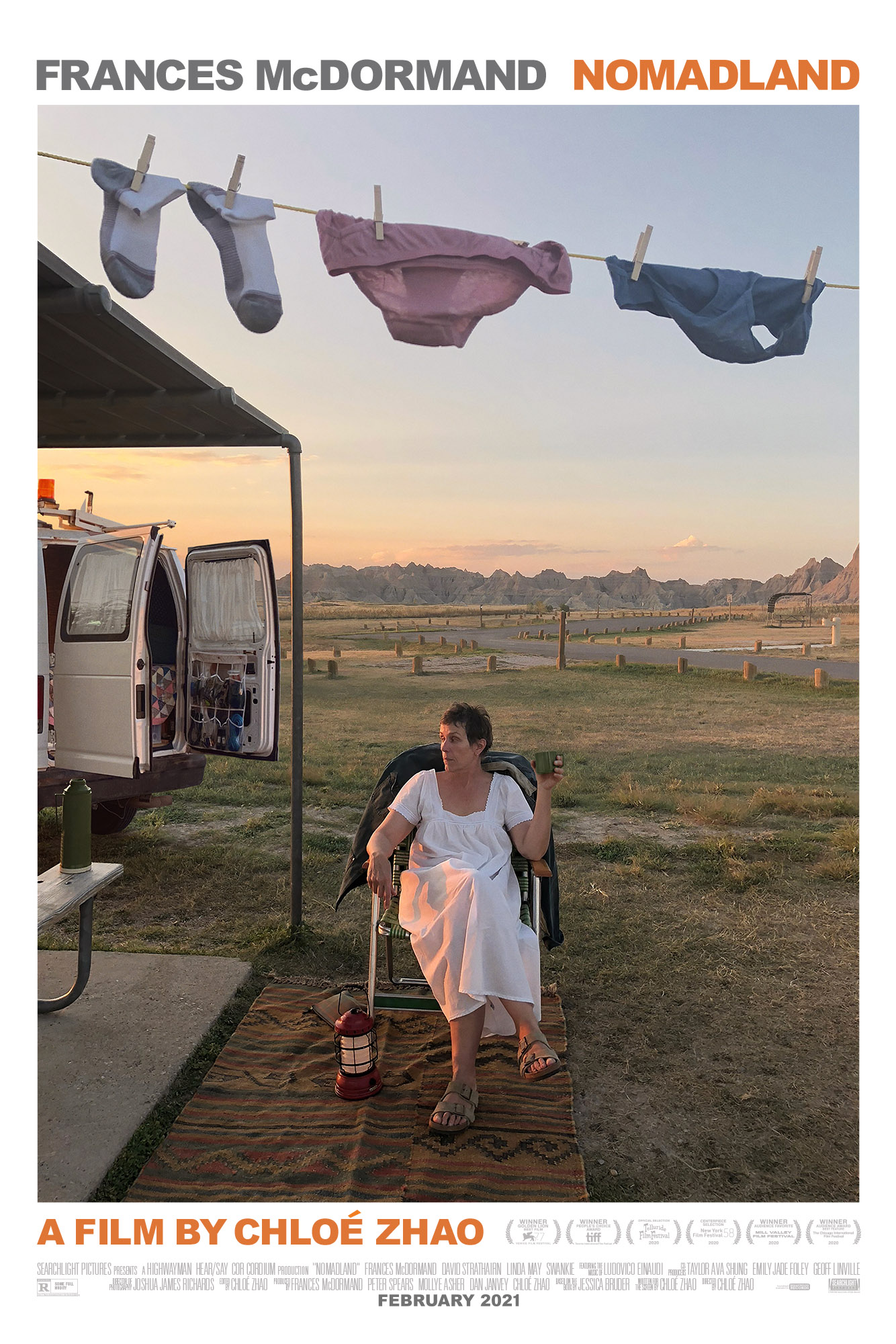 After losing everything in the Great Recession, a woman in her sixties embarks on a journey through the American West, living as a van-dwelling modern-day nomad and meeting others like her.  Showcasing the gorgeous landscapes of the region, the film derives its true beauty through its exploration of the lives of those who live on the margins of the American dream. Frances McDormand won a Best Actress Academy Award, and the film won for Best Picture.

Part of Librarian Doug Swiszcz's film lecture series, Off the Beaten Path, with pre-film commentary by Doug and a short discussion to follow.

Free and open to all, registration recommended.

Other Films in this Series: