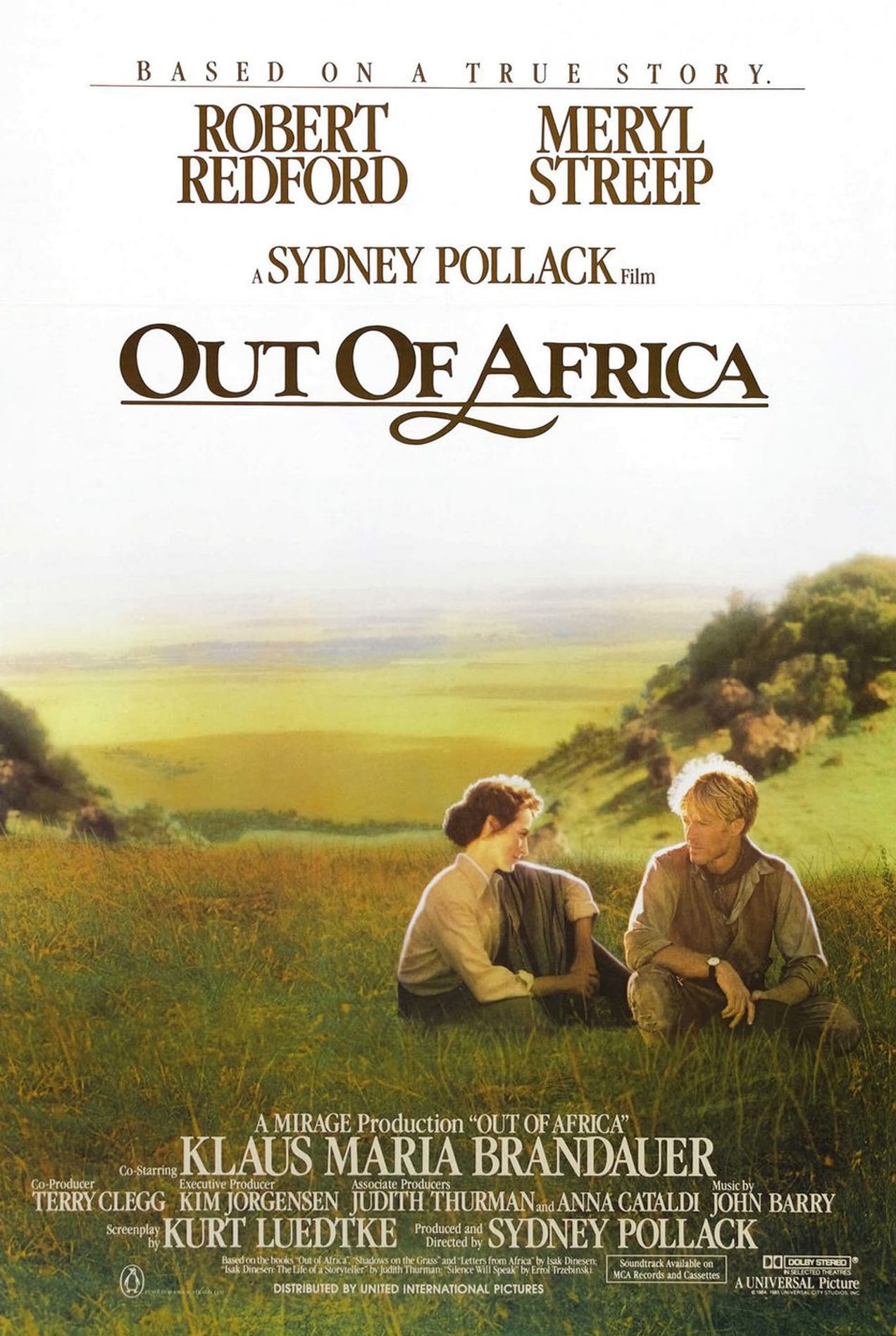 Film Lecture: Out of Africa In-Person

In early 20th-century Kenya, Karen Blixen (Meryl Streep), who goes on to become the writer Isak Dinesen, runs a coffee plantation with her husband. To Karen’s astonishment, she soon discovers herself falling in love with the land, its people, and a free-spirited big-game hunter (Robert Redford). Winner of 7 Academy Awards, including Best Picture.

Part of Librarian Doug Swiszcz's film lecture series, Off the Beaten Path, with pre-film commentary by Doug and a short discussion to follow.

Free and open to all, registration recommended.

Other Films in this Series: